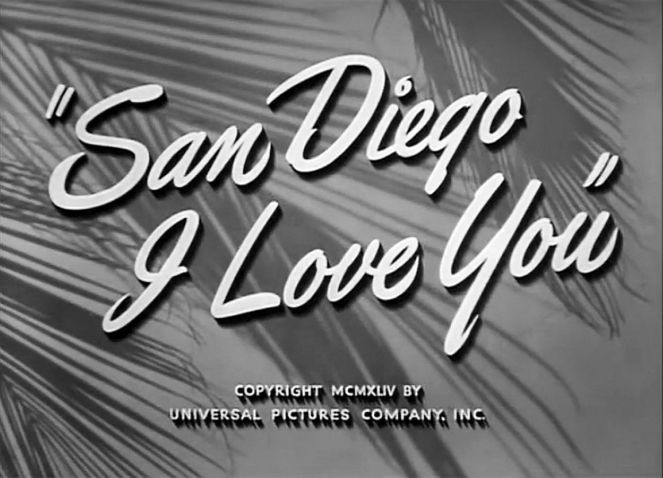 Back in August of 2014, it was announced that the Bible for movie lovers—Leonard Maltin’s yearly movie guide—would cease its yearly publication after spending forty-five years as an essential component of people’s nightstands, end tables…and really, anywhere there’s a TV in the room.  It began its long life in 1969 as TV Movies, but with the demand for paperback books becoming smaller and smaller each year in the Internet age (“Why do I need a book when I can just look it up on the [always reliable] IMDb?”), the well-known author/film critic decided to put an end to his creation with a well-placed pillow during the night.

With the decision to terminate Maltin’s movie guide comes also Leonard Maltin’s Classic Movie Guide, a book introduced in 2005 as a companion volume to the ever-expanding Movie Guide by limiting it to films made before 1965, thus keeping its parent from weighing the same size as a small iron ingot.  I’ll miss the Classic Movie Guide most of all, primarily because it’s essentially my bailiwick here at Thrilling Days of Yesteryear…but also because, love him or hate him (I still run into people who haven’t stopped bitching that he gave Taxi Driver two stars), Mr. Maltin played a very important part in my education as a movie lover growing up.  His books on classic movie comedians and animated cartoons were mainstays of my movie reference library, and had it not been for his contributions in this arena I would not have had to satisfy my curiosity to see more films featuring Wheeler & Woolsey…or Thelma Todd-ZaSu Pitts-Patsy Kelly, for that matter.

I bought a physical copy of the third edition when it was released (to accommodate the first and second editions on my shelf), but I also invested in a Kindle version so that I could access it for easier reference whenever I’m composing reviews on the computer.  I won’t argue that there are certain films for which Len has a boundless enthusiasm for (he has a tendency to overrate a lot of the Disney product, for example) but should the Classic Movie Guide be revived in another format in the future (though the people involved in the project say this is the end), I would suggest that an epic re-review of some of the entries should be the first item on the agenda.  The Great Ziegfeld (1936) rates three-and-a-half stars in the Guide.  It may be Ziegfeld, but it ain’t that great.

San Diego I Love You (1944) is a movie favorite of Mr. Maltin’s (***), for a reason I’ll get to here in a sec.  Because of its three-star status, it’s a flick that has been on my radar for a good many years and thanks to my pal Martin Grams—“the Isaac Asimov of OTR books”—I tracked down a copy at his Finders Keepers website.  It tells the story of the Family McCooley, a close-knit clan from Waterville (not Winterville), CA, whose father Philip (Edward Everett Horton) has invented an inflatable life raft in order that he might be able to sell it to a company entitled the International Research Bureau.  Philip, a high school teacher by profession, is reluctant to trek to San Diego (where the IRB is located) because the company has not been forthcoming with a firm offer to purchase the raft.  His daughter Virginia (Louise Albritton) has other ideas—she tells the high school principal her pop is officially resigning, and cajoles her dad into taking the leap to San Diego with her four brothers: Walter (Rudy Wissler), Joey (Gerald Perreau), Larry (Charles Bates), and Pete (Don Davis).

“The McCooley Republic” takes a train to San Diego, and on the way, they commandeer the compartment belonging to reclusive millionaire John Thompson Caldwell IV (Jon Hall).  Caldwell is, for reasons unexplained, unable to tell these interlopers “Get the hell out of my compartment!” and stoically puts up with their shenanigans despite the fact that he owns the freaking railroad.  Arriving at their destination, the McCooleys get settled (Virginia is given a cashiers’ check by her father to secure a house for rent…and ends up putting a down payment on a decrepit old manse that comes complete with a butler named Nelson [Eric Blore])—only to learn that the man who signed off on Philip’s raft invention is only a cousin to the man who runs the International Research Bureau…none other than John Thompson Caldwell IV.  Before “Johnny” and “Ginny” wind up in a romantic clinch at the fade-out, we witness a number of whimsical episodes between the couple…as well as a subplot involving a woman (Irene Ryan) who’s mistaken for a prospective boarder.

San Diego I Love You isn’t a terrible screwball comedy…but many of its situations came off as kind of forced to me, and I also have to confess a teensy dislike for those movies who seemingly want to celebrate eccentricity but run the risk of making those eccentrics so obnoxious it becomes increasingly difficult for anyone to stay in their corner.  It’s set up early on that the matriarch of the McCooley family died unexpectedly, and Virginia has had to be both mother and sister in her absence.  To be honest—she hasn’t done a very competent job in the Mom department; the four boys run around and cause havoc as if their actual mother went by “Lobo.”  There’s an amusing bit at the beginning when one of the kids is on the roof of the McCooley house (please don’t fall…I beg you) flying a toy airplane and one of his brothers comes along to throw a mattress on the ground below.  The airplane kid loses his balance and falls off the roof, landing neatly on the cushion…and I chuckled at this, reasoning that this is probably not the first time the little rugrat has taken such a tumble.

The sequence on the train, where Caldwell graciously shares his space with the family, is kind of painful to watch because the four young hellions go to town, blowing on trumpets and throwing rubber balls against the wall, while their “Mom” is oblivious to their antics.  The irony here is that in a later scene, Virginia has to put up with a too-inquisitive kid (Teddy Infuhr) in an elevator who wants to see the inflatable life raft, as his mother (Our Lady of Great Caftan fave Esther Howard) looks on disapprovingly.  An earlier sequence finds cute-as-a-bug’s-ear Joey making a paper airplane out of the cashier’s check and lobbing it out of a hotel window.  (Kids…you know I love ‘em!  The only benefit of this is seeing Matt McHugh—brother of Warner’s mainstay Frank—provide the punchline to the scene.)

Universal Pictures leading man Jon Hall plays the part of the millionaire Caldwell, and while I think he’s a bit miscast, his performance doesn’t completely sink the film (Hall is probably best known for a series of Technicolor adventures opposite Maria Montez, including Ali Baba and the Forty Thieves [1944] and the delightfully kitschy Cobra Woman [1944]).  Leading lady Louise Albritton is also not too impressive in the thespic department, but she’s easy to take (I’ve seen a number of her movies…and the only one I ever remember is 1943’s Son of Dracula, in which she plays pure dagnasty evil).  San Diego’s major strength is its wonderful supporting cast; you’ll enjoy seeing Edward Everett Horton and Eric Blore interact, and in addition to Irene Ryan there are nice contributions from a gaggle of character greats: Fern Emmett (the poor man’s Margaret Hamilton), Hobart Cavanaugh, Edward Gargan, Victoria Horne, Sarah Padden, Dewey Robinson, Gene Roth, and Almira Sessions, to name a few.

Billed fifth in the cast credits is the incomparable Buster Keaton, who plays a bus driver inspired by Albritton to shake off the rut of his daily route and detour to nicer scenery along the beach.  I think this is the reason why Maltin rates the movie so highly, and I certainly won’t argue that the bus sequence is the highlight of San Diego, I Love You.  (“This bus don’t go along the beach!”)  Many volumes of Movie Guide ago, Leonard posited that the state of current movies was so awful he was tempted to assign four stars to everything touched by such movie personages as Laurel & Hardy, Alfred Hitchcock…and Buster Keaton.  (Perhaps I’m a bit biased in this respect but I think this movie would have improved one hundredfold if Keaton’s part had been expanded.  I was impressed at his billing for what is essentially an extended cameo, demonstrating that despite the conventional wisdom Buster was “washed up” his name still meant something on a theater marquee.)

Michael Fessier and Ernest Pagano receive the screenplay credit for this one (they also served as producers), with story by Richard Bransten and Ruth McKenney; it was based on an unpublished work by McKenney originally titled “Washington, I Love You”…but Universal changed the locale to San Diego because there was a glut of “D.C. housing shortage” flicks in theaters at the time (there’s a trace of this in the scene where the McCooley family tries to rent a hotel room).  In the director’s chair: journeyman Reginald Le Borg, whose resume includes several of the films in the Inner Sanctum franchise and Destiny (1944), with Gloria Jean and Alan Curtis.  I think if you’re a fan of screwball comedy you’ll take to this one; I know I sound a bit dismissive but if you’re up for a viewing I’ll let you know that the entire movie (and a bit extra) is available at your friendly neighborhood YouTube.