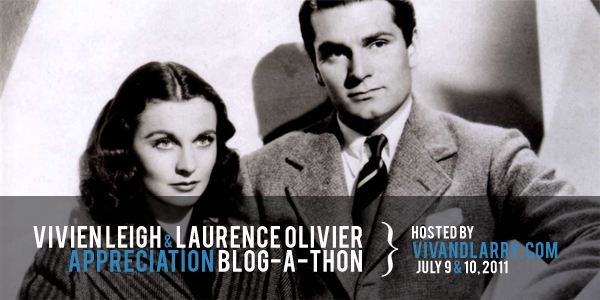 This review of Ship of Fools (1965) is Thrilling Days of Yesteryear’s contribution to the Vivien Leigh/Laurence Olivier blogathon being held this weekend (July 9-10) by Kendra at vivandlarry.com.

During my convalescence in March and April of last year, I remember that I often found myself adjusting my schedule of recording movies off The Greatest Cable Channel Known to Mankind™ (ka-ching!) and one morning my Mom asked me if I had grabbed anything the previous night because she had trouble getting my TV to work.  “Yeah…I think I programmed the DVD recorder to record Ship of Fools,” I told her, “because I’ve never seen the movie.”

The surprised look on her face was one for the scrapbook.  “I’ve seen a movie you haven’t?” she asked.  If she had had a football in her hand she would have spiked it in the living room and did an end zone dance.

Ship of Fools is one of many—sort of hate to disappoint Mom, but it’s true—movies that I had not made room for in my life and while I had intended to sit down with not long after recording it…well, the usual distractions got in the way.  When I learned, however, that Kendra at vivandlarry.com was going to be hosting a blogathon this weekend concentrating on the husband-and-wife team of Vivian Leigh and Laurence Oliver (either by their lonesome or together) I thought it would be a perfect opportunity to catch up.  An adaptation of Katharine Porter’s 1962 best-seller that uses the backdrop of a boat trip from Mexico to Germany as an allegory for the rise of Nazism, Fools was Columbia Pictures’ prestige picture that year…directed by social activist filmmaker Stanley Kramer and written by Abby Mann, who had collaborated previously on Judgment at Nuremberg (1961) and A Child is Waiting (1963—Kramer was producer, John Cassavetes the director).  Fools would be nominated for eight Academy Awards and scored two; for Ernest Laszlo’s black-and-white cinematography and the art direction-set decoration by Robert Clatworthy and Joseph Kish.

Diminutive Carl Glocken (Michael Dunn, in his signature role and the one that also earned him a Best Supporting Actor nomination) informs the audience at the start of the movie that he is traveling on a “ship of fools”—and before long we’re introduced to several individuals who have booked passage from Veracruz to Bremerhaven and their stories, which act as a microcosm for society at large in 1933.  Mary Treadwell (Leigh) is a bitter Southern Belle seeking to rekindle romance in Paris; she often finds herself in the company of slovenly, hedonistic Bill Tenny (Lee Marvin), a former ball player who just missed hitting the big time.  There’s a young couple played by George Segal and Elizabeth Ashley who are both aspiring painters—but they’re having problems in their relationship because David (Segal) is committed to nothing but his work, much to Jenny’s (Ashley) disappointment.  The other tryst taking place on “the Love Boat” occurs between ship’s doctor Willie Schumann (Oskar Werner) and a Spanish political prisoner (Simone Signoret) known as “La Condesa”—Schumann has a heart condition he’s trying to keep under wraps and Condesa has a substance abuse problem.

Glocken floats in and out of the passengers’ lives like a Greek chorus, but for most of the picture enjoys the company of a jeweler named Lowenthal (Heinz Ruhmann), who is denied a seat at the Captain’s table because he is Jewish.  A passenger named Freytag (Alf Kejillin) later receives similar ostracization when one of the Captain’s dinner companions, an obnoxious dickhead named Siegfried Rieber (Jose Ferrer), learns that Freytag’s wife is of the Jewish faith.  Rieber is probably the most revolting of the ship’s passengers, an unapologetic anti-Semite who ends up having to bunk with Lowenthal when the ship takes on several hundred displaced laborers who have lost their homes and livelihoods from the plantation owners burning the sugar cane fields.

If you’re a fan of films that do not skimp on the star wattage (Ship of Fools is essentially Grand Hotel at sea) but at the same time feature characters that do nothing but speechify for the film’s running time of 2 hours and 28 minutes…Fools is going to be your meat.  I must come clean, though, and say that while I’m not sorry I watched the movie (because I had been meaning to check it out for a long time) I can’t imagine any kind of scenario where I’d find myself sitting through it again.  Apart from Dunn’s character, most of the people in Fools aren’t particularly pleasant with which one spends the film’s running time—they’re venal, clueless and make horrible life decisions for the most part, though you can certainly make the case that that’s precisely what author Porter intended (Porter herself wasn’t too impressed with both her finished product and Kramer’s adaptation—but in the case of the movie she felt scenarist Mann left too much out of the book).  I personally was never able to get a bead on what precisely was being said in the film—the message got watered down along the way, and when I did get where it was going it all seemed a rehash of the previous Judgment at Nuremberg.  (The liberal Kramer was one of the most well-intentioned filmmakers but he could also be a preachy son-of-a-gun.)

Werner and Signoret come off best in the proceedings, which might explain why the two of them received Best Actor and Actress nominations, respectively…and even though Leigh (in her final film) is a bit shaky at times she does have a couple of really wonderful moments.  My favorite is when while returning to her stateroom (after being scolded by ship’s officer Werner “Colonel Klink” Klemperer) she suddenly breaks out in a furious and frenzied Charleston; the other is when she explains to the racist Marvin that she is responsible for the banishment of Freytag from the Captain’s table:

TENNY: What’s goin’ on?
TREADWELL: They moved Herr Freytag from the Captain’s table because his wife is Jewish…
TENNY: Huh?
TREADWELL: And it’s my fault…I had to tell that dreadful Brunhilde to stop her from chattering on so…it was so stupid of me…he’s such a nice man…I had no idea this was going to happen…
TENNY: Hey…you’re not gonna cry, are ya?
TREADWELL (regaining her composure): Of course not!  (Holding back tears) I never cry…
(Tenny offers her his handkerchief but she waves it away and pulls one out of her purse instead)
TENNY: What have they got against the Jews?  Back home, we don’t have anything against the Jews…hell, I never even saw a Jew until I was fifteen…
TREADWELL: Maybe you were too busy lynching Negroes to take time out for the Jews…

Leigh and Marvin make an interesting couple—Leigh, fastidious in her personal hygiene habits, didn’t particularly care for Marvin’s stale alcohol breath but later the two of them became unlikely pals—and I sort of wish their characters could come together at the end of the film (I’ll keep the reason why they don’t mum for those of you who haven’t seen it) because the romantic focus in Fools is either on the tragic relationship between Werner and Signoret (and that’s not the road to Happy Endingsville) or the problems of Segal and Ashley…and in the case of the latter couple, I didn’t really care whether they ironed out their problems or not.  It’s interesting because I like both actors (Ashley in particular; she’s drop-dead gorgeous here but I think I lean more toward her later work) but just thought the chemistry between the two of them was all wrong.

Though my overall experience with Ship of Fools left me reaching for the Dramamine, it’s nice to see that Vivien Leigh went out with a winner in her final onscreen appearance (a rarity for actors and actresses); though her character can be a bit abrasive and off-putting at times, her performance is never uninteresting…and in many ways her character is a bit like A Streetcar Named Desire’s Blanche Dubois if Blanche wised up to herself.  If anything, Fools taught me that Michael Dunn was an extraordinary actor—to legions of couch potatoes he may have been the arch nemesis of The Wild Wild West’s James West (Robert Conrad), Doctor Miguelito Loveless…but he was also a thespian capable of far, far better things and like Leigh, left us far too soon.