I made myself a promise last week that I would wait no longer than a week to commemorate those celebrities we’ve recently said goodbye to on the grounds that putting together that post was a major pain in the gluteus maximus (it had been almost a month-and-a-half between obituary posts).  So unless I get sidetracked with an important outside project or distracted by a shiny object I’m going to set aside Saturdays to pay tribute to those who’ve left this world for a better one.

The need to sit down and write this post was prompted by the news that one of my comedy idols, Leonard B. Stern, died Tuesday (June 7) at the age of 88 (several earlier reports had listed his age as 87).  It’s no doubt a familiar name to TV fans—Stern was an Emmy Award-winning writer, director and producer who wrote for Steve Allen, Jackie Gleason (on both Gleason’s comedy-variety series and the “classic 39” of The Honeymooners), and Phil Silvers (on You’ll Never Get Rich aka Sgt. Bilko, for which he won his first of two Emmys).  Stern copped a second Emmy trophy (in tandem with co-creator Buck Henry) for the classic Get Smart two-parter “Ship of Spies”—Get Smart being the series in which Stern not only plied his considerable writing talents but serving as the show’s executive producer (and sometimes director as well).

Stern got his start in radio—he was a member of Bud Abbott & Lou Costello’s staff, and he even wrote the team’s vehicles Abbott & Costello in the Foreign Legion (1950) and Lost in Alaska (1952; Stern also contributed to two films featuring Bud & Lou’s fellow Universal stars Ma and Pa Kettle, played by Marjorie Main and Percy Kilbride).  His work in radio also stretched to appearing in front of the microphone; he was one of several scribes who appeared weekly on a summer ABC Radio series entitled The Comedy Writers Show in 1948.  The premise of Comedy Writers was that a team of authors would put together a script on the broadcast each week in the style of a popular comedy show (Fred Allen, Bob Hope, etc.) and a handful of episodes are still extant today, revealing an interesting and often funny concept of a series.  (The show was recorded at 45 minutes and edited to a half hour through the then-magic of recorded tape.)  One of Stern’s fellow scribes on Comedy Writers was Roger Price, who was working for Bob Hope at the time but later joined Stern when the two men were employed by Gleason.  This New York Times obituary on Stern tells the anecdote of how while working on a Honeymooners sketch one day, Price and Stern came up with the idea for Mad Libs, and the two men subsequently founded Price Stern Sloan (the Sloan being third partner Larry), a publishing company that not only churned out the popular Mad Libs but various other children’s, novelty and humor books as well.

Stern’s work on The Honeymooners, The Phil Silvers Show, and Get Smart has been well-documented in many of the notices of his death but he also had a hand in creating lesser-known sitcoms that may not have enjoyed the success of the ones I mentioned but were still pretty entertaining shows.  He was the brains behind a sitcom that fortunately for its fans will be winging its way to DVD soon, I’m Dickens…He’s Fenster (Stern participated heavily in the “extras” for the release), not to mention the Fugitive parody Run Buddy Run and The Governor and J.J.  Stern also created He & She, a classic sitcom starring husband and wife Richard Benjamin and Paula Prentiss that sadly lasted only one season despite much critical acclaim and an Emmy Award for Best Comedy Writing (one of Stern’s episodes was nominated but the prize went to Allan Burns and Chris Hayward).  (A wag at the network once lamented that He & She was the best show CBS ever cancelled.)  Stern was also executive producer of The Good Guys, the post-Gilligan’s Island series for Bob Denver which also co-starred Herb Edelman and Joyce van Patten.

In the 1970s, Stern continued his success in TV with writing, directing and producing for such shows as The Snoop Sisters, Faraday & Company, Holmes and Yo-Yo (a Get Smart-like sitcom that I really liked but I was apparently the only one watching), Lanigan’s Rabbi, Rosetti & Ryan, and Operation Petticoat.  His biggest success was creating McMillan & Wife, the crime drama with comedic overtones starring Rock Hudson as a San Francisco police commissioner and Susan Saint James as his daffy spouse.  Stern also dabbled in directing a feature film, 1979’s Just Me and You, Kid (a dreadful movie that teamed George Burns with Brooke Shields), and wrote the screenplay for the equally awful The Nude Bomb (1980), a Get Smart reunion movie that wasn’t much of a reunion and would have besmirched the memory of that classic show had the redemptive Get Smart Again! not been produced in 1989 (which Stern redeemed himself by having a hand in).

Another face familiar to comedy fans—well, that of a British nature—is actor Donald Hewlett, best known for playing the Colonel J.T. Hall-like Col. Charles Reynolds in the World War 2 Britcom It Ain’t Half Hot Mum.  If you’ve ever seen the Jimmy Perry-David Croft-created series, you’ve probably either watched it on Region 2 DVD or cable outlets like Gold (formerly UK Gold) because the show has a bit of a stigma in that it’s considered politically incorrect subject matter (the program was set against the background of a “concert party” in 1945 India, and many of the Indian characters are perceived to be unflattering stereotypes).  Hewlett played the prototypical silly-ass colonel throughout the show’s eight series run (a total of fifty-six episodes) and was apparently a favorite of writer-producer Croft’s because he also had roles in his later creations Come Back, Mrs. Noah (which he did with Jeremy Lloyd) and You Rang, M’Lord? (again with partner Perry).  Hewlett pretty much cornered the market on playing military men (he was a colonel on Ronnie Corbett’s 1970s sitcom Now Look Here) but he was versatile enough to guest star on the likes of The Saint, Coronation Street, The Avengers, Doctor Who, and Ruth Rendell Mysteries.  Hewlett gave his final salute on June 4 at the age of 90.

A couple of well-known names from the music world sang their final song within this past week: R&B legend Benny Spellman passed on at the age of 79 on June 3 and left as his legacy the hit Lipstick Traces (On a Cigarette), which was a Top 30 smash on the R&B charts in 1962 but only got to #80 on the Hot 100.  The tune, written by Allen Toussaint, was later covered by the O’Jays (who had a little more luck with it on the Hot 100 in 1965, getting it to #48) but for my money—and I know this might make people a tad angry—it was covered best by The Amazing Rhythm Aces in 1979 on their album The Amazing Rhythm Aces (it was released as a single, but didn’t make much noise on either the country or pop charts).

Spellman’s other invaluable contributions including recording Fortune Teller, which was the flip side of Lipstick but is a tune best remembered for the Rolling Stones’ cover, and singing backup vocals on Ernie K-Doe’s million-selling Mother in Law.

Singer-songwriter Andrew Gold passed away on the same day as Spellman—only he was twenty years younger, and had a bit more chart success with a Top 10 hit in 1977 entitled Lonely Boy (not to be confused with the 1959 Paul Anka hit).  His only other appearance in U.S. Top 40 was a song that would achieve a second life as the theme to one of TV’s most beloved sitcoms…yes; Andrew Gold took Thank You for Being a Friend to #25 in 1978 many years before we associated it with The Golden Girls’ Bea Arthur, Betty White, Rue McClanahan, and Estelle Getty.  In the 1990s, Gold would record a ditty entitled Final Frontier, which became the theme song of the hit sitcom Mad About You.  Gold left behind a legacy of songs that were covered by such artists as Trisha Yearwood and Wynonna Judd (he co-wrote her smash I Saw the Light) and produced records for the likes of Vince Gill, Karla Bonoff (her 1982 single Personally), and Celine Dion.

Some other of the other celebrity notables who left us within the last week or so:

Jon Blake (May 29, 52) – New Zealand-born film and television actor whose work includes such films as Freedom and The Lighthorsemen; an automobile accident in 1986 cut short his acting career, leaving him paralyzed and in a wheelchair until his death

Hugh St. Clair Stewart (May 31, 100) – British film editor and producer who contributed to such movies as Hitchcock’s The Man Who Knew Too Much, Dark Journey, Sidewalks of London, Clouds Over Europe (aka Q Planes), and The Spy in Black

Grant Sullivan (May 31, 86) – Television actor who starred as Brett Clark in the TV western Pony Express (1959-60); also guest starred on such series as 77 Sunset Strip, Tales of Wells Fargo, I Spy, and Gomer Pyle, USMC

Wally Boag (June 3, 90) and Betty Taylor (June 4, 91) – I grouped these together because these two performers enjoyed a long association as the stars of the Disneyland stage show The Golden Horseshoe Revue; Boag was a longtime Walt favorite (known as “The Balloon Man”) who appeared occasionally on The Mickey Mouse Club and in such films as The Absent-Minded Professor (1961) and Son of Flubber (1963).  Taylor, who joined the show a year after Boag and became his partner in the Revue until it folded its tent thirty years later, passed away the day after her colleague in a very unsettling coincidence.

John Mackenzie (June 8, 83) – British film and television director whose vehicles include the deserves-to-be-better-known Unman, Wittering and Zigo, The Fourth Protocol, and Ruby but is best known for the first-rate gangster flick The Long Good Friday starring Bob Hoskins and Helen Mirren

Roy Skelton (June 8, 79) – British voice actor and performer best known for providing voices for children’s programs like Rainbow and the Daleks (“Exterminate…exterminate!”) on the classic series Doctor Who 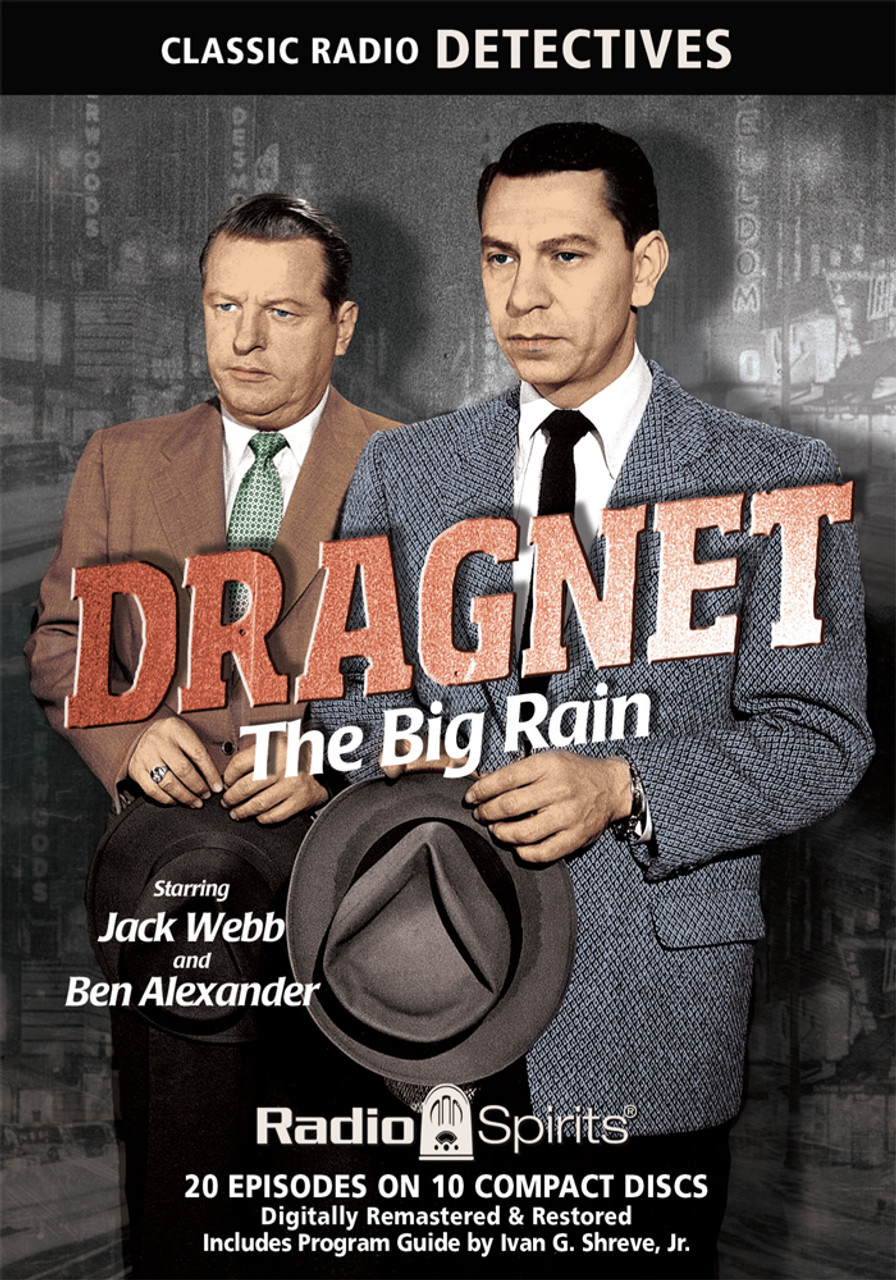